One of the largest music festivals in Norway

Bergenfest is a massive summer music festival that takes place in mid-June in the picturesque surroundings of the historic Bergenhus Fortress in Bergen. The festival's location in the heart of the city, by the UNESCO World Heritage site Bryggen, is what makes it so unique. During four days, Bergenfest offers an eclectic mix of Norwegian and international music with a focus on rock, RnB, hip-hop, EDM, blues, and world music.

Bergenfest was previously named Ole Blues Festival. In 2000 it was voted “Festival of the Year” by the Norwegian Rock Festival Council. The festival was also honored by Bergen Tourist Board “for excellent marketing of Bergen.”

Rock in Rio Lisboa
in Portugal

Mysteryland
in The Netherlands

Rock am Ring and Rock im Park
in Germany

Colours of Ostrava
in Czech Republic

Isle of Wight Festival
in England

WOW: Way Out West
in Sweden

Strøm Festival
in Copenhagen
Nearby destinations 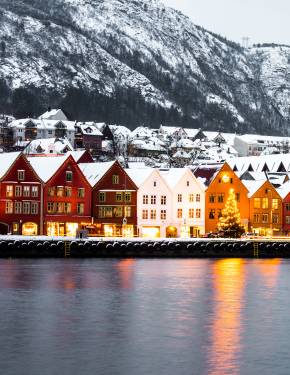