Seize a perfect opportunity to swim next to mantas, whales, sharks, and countless other mesmerizing species

Baja California Sur boasts an awe-inspiring underwater world. Starting from The Arch of Cabo San Lucas eastwards along Los Cabos shore, the diving opportunities in the Sea of Cortez are immense. You can encounter sharks and massive schools of Mobula rays not far from Cabo. The Corridor or Cabo Pulmo will show you the reef in action. Or you can cruise to La Paz to swim with giant whale sharks. For the complete change of the scene, the night dive option is a great idea.

The waters around Land's End teem with marine life, and tourists flock to this fantastic area all year round. But one of the special periods not to miss is the mating season of Mobula rays. Between mid-May and July, you'll spot millions of mini manta rays right outside of the Marina. But don't worry—they are entirely harmless. Snorkeling is also an option.

Gordo is primarily known for shark diving. The conditions and species change with seasons. February–April brings blue sharks; in April through June, you will encounter smooth hammerhead sharks; July–November is the silky shark season; lastly, December–June is for mako shark sightings. Yet, most of Gordo Banks' diving trips are scheduled from May to January. Apart from sharks, you can encounter schools of yellowfin tuna, jacks, and bonitas.

A bit more distant diving site remains worth the hustle. Cabo Pulmo claims to be one of the healthiest coral reefs in the world. Since 1995, a National Marine Park has been a non-fishing area protected by UNESCO. And now its pristine waterbeds are home to over 200 unique aquatic species. You'll be carried away by all these electrifying colors. The tours typically run from May to November.

If you're interested in whale sharks, many of them gather in the Bay of La Paz around Isla Jacques Cousteau from October and stay there until April. The prime season falls between October and February. The tours combine snorkeling and diving in small groups with instructors and are suitable for the whole family, including non-divers. You'll enjoy a scenic boat ride around Baja, play with cheerful sea lions, and have fun.

The diving season depends on what location and species you are you're looking for. The clearest vision is observed in October and November. Most tours, except for shark whales, run between May and November. But generally, some diving opportunities are presented at any time of year.

Snorkelling and Diving in the Mid-Atlantic Ridge
in Iceland

Swimming with Manatees
in Florida

Diving with Sharks
in Hawaii

Scuba Diving and Snorkeling
in Hawaii

Diving with the White Sharks
in Cape Town

Scuba Diving and Snorkelling
in Egypt

Diving and Snorkelling​
in Canary Islands

Diving and Snorkelling
in Panama

Diving in the West and South West
in Sri Lanka

Swimming with Whale Sharks
in Mexico

Snorkelling and Diving
in Corsica

Diving and Snorkeling on the Caribbean Coast
in Colombia

Diving and Snorkelling
in Mauritius

Diving near Borneo Island
in Malaysia

Diving and Snorkeling around Tahiti
in Tahiti 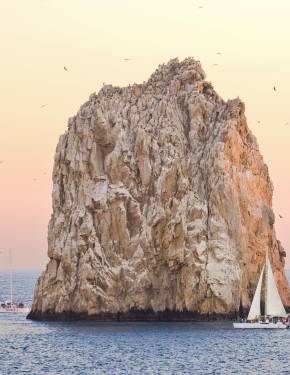